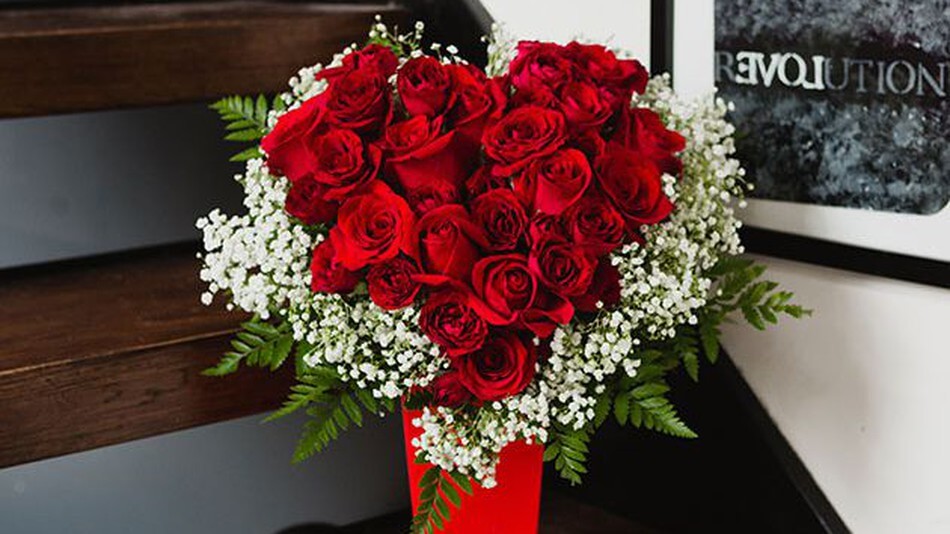 If you are planning to give someone flowers for Valentine’s Day you should know a little about the flowers, and will hopefully make you consider your choice of flowers more carefully.

Although roses are a great gift there are many other flowers just as pretty and can make a thoughtful gift.

Peonies are often associated with romance and prosperity.  A Greek legend says that the Greek god, Apollo transformed nymphs into peonies if Aphrodite discovered he had been flirting with them.

Peonies have also been thought of as a good luck charm, so they are perfect for those who enjoy games like online Blackjack too, as they are said to bring only good things to anyone who receives them.  These flowers are also considered as a prediction of good fortune and will ensure a happy marriage and are also associated with riches and honour.

Ranunculus are also known as buttercup or coyote’s eyes and not only have medicinal properties, but are also very pretty and come in a range of colours.

When these flowers are included in a bouquet or arrangement they say that you are dazzled by their charms.

Amaryllis is a beautiful red flower.  The story goes that this stunning flower started as a bashful nymph who fell in love with Alteo who was a shepherd of great strength.  Her love was not returned and so she decided to bestow on him a unique flower, something that had never existed before.

In order to do this she enlisted the help of Delphi.  Amaryllis followed Delphi’s instructions and went to Alteo for 30 nights where he shot her heart with an arrow. When Alteo opened his door after 30 nights he found before him a beautiful red flower that had emerged from her heart.  Even though this love story is tragic these flowers symbolise determination and beauty.

Freesias come in various colours and have a wonderful fragrance.  They are named after Friedrich Heinrich who was a German physician.

White is the most popular colour, but the red and pink are more fragrant.  These flowers symbolise innocence and friendship. 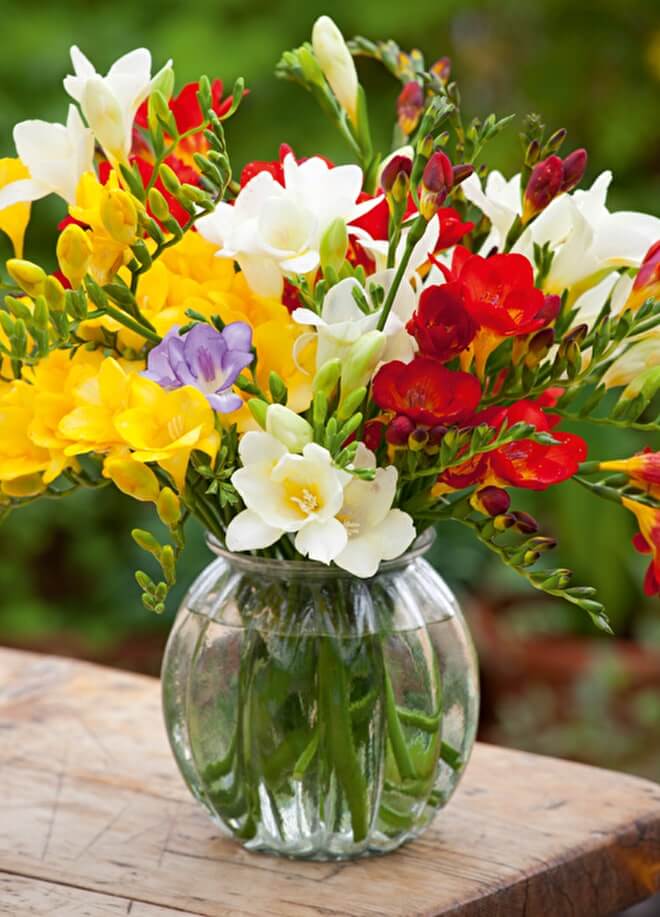 The iris, named after the Greek goddess Iris, was said to have been the link between heaven and earth and personified the rainbow.

Legend has it that these irises were planted on the graves of women so that the goddess would guide them to heaven.  They symbolise faith, courage and wisdom.

Tulips came from Europe during the 16th century from Persia and Turkey.  During the 17th century the tulip became very popular in the Netherlands and the cost of these bulbs went through the ceiling.

Farhad became grief stricken when Shirin was killed and he tried to kill himself by going over a cliff.  Each drop of his blood resulted in a red tulip springing up from the ground.  The red tulip symbolises perfect love.