The Surprising Link Between Chocolates And Romance 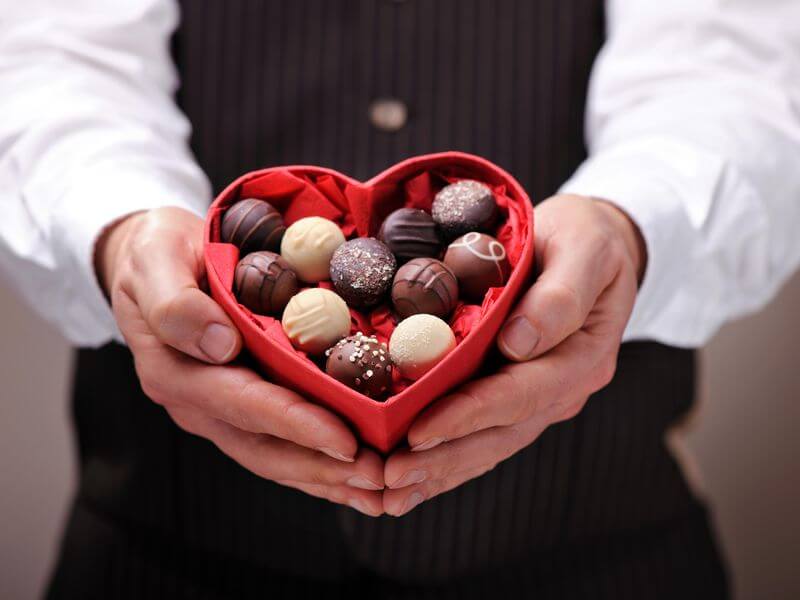 For centuries, chocolate and romance have been inseparable. Americans alone buy more than 26,000 tonnes of the confection in the week leading up to Valentine’s Day, but why is the sweet such an enduring symbol of love?

The answers may surprise you. For starters, history shows that cocoa and the frothy drink that was popular before the invention of chocolate bars was long believed to be an aphrodisiac. What’s more, modern science confirmed that the link between chocolate and romance is not entirely unfounded.

Europe’s history with cocoa, the bean from which chocolate is made, began in the early 1500s when Christopher Columbus received beans as part of a trade. However, the beans were ignored until Hernan Cortéz’s conquest of Mexico a few decades later.

According to the writings of Bernal Díaz Castillo, the Aztec emperor Moctezuma II held a lavish banquet to which Cortéz and his men were invited. At the banquet, the emperor drank a frothy cocoa drink from gold cups. When he asked about the drink, he was told that it had the power to assist in matters of love and lovemaking. Later, a missionary described the bean’s medicinal use, which is how chocolate was first used in Europe.

When someone had the genius idea of sweetening the bitter cocoa drink served to Spanish royalty, its reputation changed. A century later, Giacomo Casanova used the sweetened chocolatey drink in his pursuit of various women.

In addition to being a legendary lover, Casanova also was a gambler. You can feel a bit like him by drinking cocoa when you play fun games online. The English king Charles II reportedly drank vast quantities of cocoa prepared for him by the physician Henry Stubbe, who believed in its ability to enhance the libido.

The link between chocolate, romance, and Valentine’s Day happened during the Victorian era. First, the celebration of the day of love became more popular thanks to the mass production of cards.

In 1847, the British chocolatiers J.S. Fry & Sons invented the solid chocolate bar. The availability of chocolate in solid form and at a lower price added to the popularity of the confection. In 1861, rival chocolatier Richard Cadbury connected chocolates with romance when he unveiled the brand’s Fancy Boxes.

Decorated with pictures of roses and cherubs, the boxes contained an assortment of chocolates and other confections. He took things a step further in 1868, when he launched a heart-shaped box for Valentine’s Day. Chocolate has been one of the most popular Valentine’s gifts ever since.

The Science Behind Chocolate and Love

While chocolate is not an aphrodisiac in the true sense of the word, it does contain more phenylethylamine than any other food. The neurotransmitter, which is produced naturally in small quantities by the human body, arouses the centres in the brain that are connected to pleasure.

Phenylethylamine causes feelings of excitement and attraction, and it is at its greatest concentration during orgasm. It also is produced in greater quantities when someone is in love. It all makes sense now, doesn’t it?