How To Make Every Date Rom-Com Worthy

Why do you watch rom-coms? We’d bet good money that it’s not for the action-packed scenes or the historical drama and rather because of that unbelievable feeling you get when the heroine and hero finally get together after spending the entire movie to’ing and fro-ing.

And we’d also bet good money that when the final credits roll, the question running through your head is also: “Why can’t my partner do things like this?”

We’ve polled some of our best gal pals and have asked them how your partner can make every date like a rom-com and give you butterflies in your tummy. So leave this list strategically where he or she can find it so that they pick up on the hint and give you the time to remember!

Women always feel special when they are given flowers – period. Even if they say that they don’t like flowers because they are too expensive and just end up dying, don’t believe it! And don’t think that you can ask her to choose the flowers themselves – this is a big no-no. She wants to receive the flowers that you’ve picked out because you know that she’ll like them. 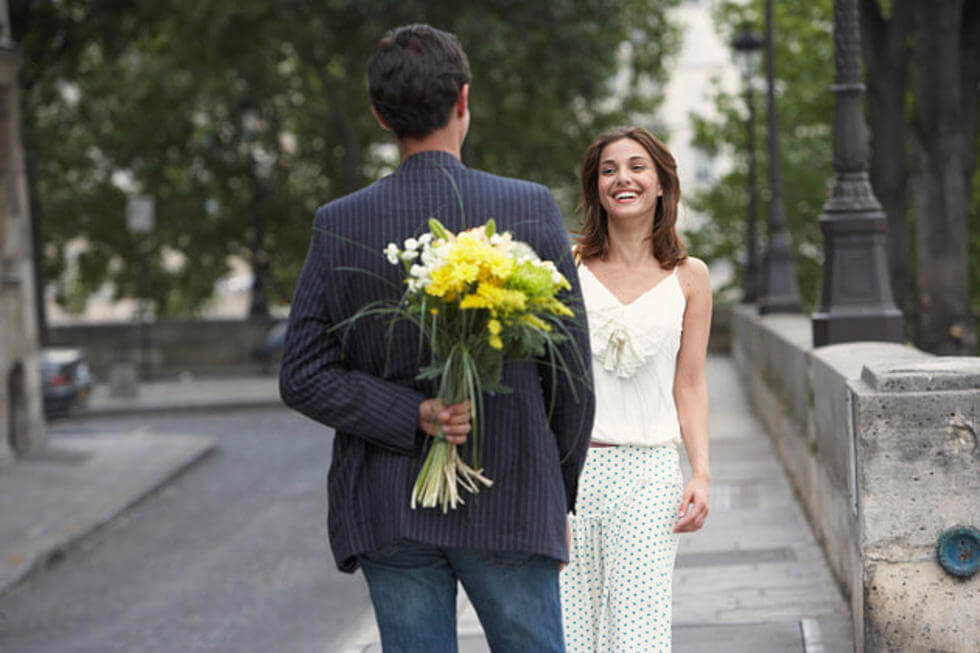 Put Some Thought Into It

Remember the last scene of Pretty Woman where Richard Gere arrives in a limo, standing in the sunroof, to Julia Robert’s apartment and then climbs up the fire escape to rescue her because she had told him – earlier in the movie – that she wanted to be rescued?

That got ladies all a flutter because he remembered what she had told him and made a grand gesture based on this.

So, we’re not saying that every single date needs to involve a grand gesture but it needs to show her that you listen to what she says and act on it. So if she says that she adores brownies from a certain bakery, get them for her and surprise her. It will make her day.

It’s All About Her

Every single date must revolve around her. Don’t take her to a soccer match because you want to see it and she hates the game. If you and her share a love of soccer, by all means take her to the game – you’ll have a fabulous time.

Rather take her to a place that you know she will like – even if you can’t stand it! Even if it means taking her to see the latest rom-com – and you would rather undergo root canal than watch the movie – take her anyway.

Also, another big no-no is taking her to a work function which is disguised as a date. She won’t know anyone there and you will probably be caught up in talking to your colleagues or trying to land the next deal with a potential client – and she will be ignored.

So if you need to go to a work function, be upfront with her. Ask her if she’d like to come with you. She’ll probably say yes but if you just spring it on her, she’ll be angry and will send you to the dog box for who knows how long.